After a diverse musical apprenticeship which had included a period of time playing keyboards for Death Metal pioneers Venom under the pseudonym VSX, Hannah Young's musical vision was to blend the harder more percussive elements of Acid Techno with the (then) uplifting melodic sounds of Goa Trance.

This followed earlier releases as Future Movement, Waveform, EXP Project, with the acclaimed 'Brainchaser' EP on Acid-Trance label Smitten Records and as Guidance with 'Destination'/'The Earth' on Inspiral Records, which set many trance-floors alight with it's accessible acidic grooves, featuring in a number of Psychedelic DJ Top Ten's.

November 1997 saw the UK release of his new project, CHI-A.D. with friend, label-partner and fellow musician Andy C. The album "Virtual Spirit" was released on Ganesha/Nova Tekk Gmbh, and received strong world-wide reaction
by trancers, DJ's and the Dance Music press. In particular, the track 'Astral Warrior' became a firm favourite in many trance DJ sets with it's melodic soaring eastern riffs and complex rhythmic structure.

Further 12" releases and compilations followed with CHI-A.D. tracks featuring strongly on various compilations (in particular the swirling morning classic track "Eye Am the I" - which many DJ's and fans alike
believe is the definitive CHI-A.D. track - on Transient Records "Dream Creation - Sound of Freedom" compilation & 'Destination Goa' Vol 6).

By this time the vibe and buzz around CHI-A.D.'s music began to grow with each release with the music being described as ".....Beautiful Morning Goa trance........to leave you feeling good", "Trippy, Spaced-Out
Trance.....full of depth and originality"

However, the combination of the trend towards darker less accessible psychedelic sounds, particularly in the UK, CHI-A.D.'s lack of UK label support and the scene's subsequent move to a more progressive style of
trance saw CHI-A.D. have to adapt their sound somewhat to continue being able to release tracks. Towards the end of '98 compilation tracks included 'C.12(' on "Sonic Massage" (Starchild Records USA), 'Machine Brain' on
"Goodfellas" (Medium Records) and 'The Flame' on "Psychedelic Demons II" (Zoomshot).

March '99 saw the release of 'Celestial' / 'Biocandy' on Blue Moon Productions UK (formerly Interstella Records), delving into slightly harder tranced-out electronic realms while retaining the unmistakable uplifting
sound of CHI-A.D. While both tracks received generally good reviews and consolidated CHI-A.D.'s position in the Global Psy Trance Market however delays in releasing the EP and the label's subsequent demise had an adverse
effect on both distribution and sales. Over the years CHI-A.D. has also played at numerous parties/festivals in the UK and across the globe.

July '99 saw the release of a new 12", Myopic Utopia/01:07:99 on MASH records, which precluded the 2nd CHI-A.D. album "Anno Domini". This album saw CHI-A.D. move away from their trademark uplifting sound to explore darker musical territories within a densely produced percussive framework.

Stand out tracks on the album include the elastic percussive workout Redivider, the ominously powerful MoonArt, and killer new versions of The Flame (of Eternal Life) and Myopic Utopia. CHI-A.D. also a willing ness to embrace and experiment with sounds and influences outside the psytrance framework with tracks like Shadow Spirit and Pathfinder. Although well received by press and fans alike, it was felt that a return to the classic CHI-A.D. "morning" sound was necessary if the music was to progress to the next level.

More compilation releases have since followed including the impressive "Monsters" on Medium Records and 12" releases, such as the "Creeping Gravity" EP on MASH Records as well as more progressive workouts "Waverider" and "God Module" on Medium Records.

CHI-A.D. Then finished tracks for the new 12" on MASH Records and, new album "EARTH CROSSING" which will feature 8 new tracks and be released on Velvet Inc (Nova Tekk) in August/Sept. 2001. Sadly the CD album Earth Crossing never saw the light of day as the label ceased trading leaving this great body of work to drift in the ether of the internet for a year or so before officially being released as a digital only version in 2006.

In 2001 Out of Orion Records released a CHI-AD anthology album called INFINITISM which features a collection of rare and unreleased tracks, digitally re-mastered.

With the rise of the digital download and p2p networks taking over the music scene it became difficult to sustain creating music and Hannah looked to other creative outlets. The Eyes of Gaia Album released as a digital download in 2008 was inspired by one of these other projects where Hannah spent many months as a virtual character in the second life community running the ever so successful and highly colourful / psychedelic club the Eyes of Gaia.

This club regularly hosted many great virtual parties with DJ’s streaming from many locations around the globe including Live guest performances from CHi-AD. Although the album Eyes of Gaia was removed from the trade mark CHi-AD sound being written to work in the virtual environment, its sound still attracted new fans with its driving dance driven sound and as with most Chi-ad music still defies the standard homogenised sound.

The music front has been rather quit for a time as new projects have taken over Hannah’s life, with the creation of  .:S K Y L I N E:. a game engine and many game / applications in development. Hannah’s world is now finding balance between the mundane and the spiritual and this new journey can now be expressed in music.

CHi-AD is once again becoming a priority project as there are many new messages that only this music can convey. The new sound will be a return to the melodic sound of the past with the production qualities of the current technology including many new chill out / ambient tracks being planned. Join Hannah on this new musical journey of spirit, awakening and life.

Dream the Journey, Live the Experience.

Q - What inspires you the most?
The wonders of the natural world around me, Mother earth and her many passengers and the unseen world of spirit and the elements. I am able to draw great amounts of positive energy from nature which balances out the crap the rest of the world throws at us.

Q - why "Chi-ad" ?
Well - CHI is the body's inner energy or life-force and A.D. is for Anno Domini which is Latin for "in the year of our Lord". The A.D. was added for legal & contractual reasons due to CHi being used as an abbreviation from another band. The name is actually pronounced chee and not Chai as many people think. (Pronounced: chee ay dee )

Q - How and when did you start to make Goa ?
After releasing quite a few underground tracks under various guises my first real Goa project was the 1997's Virtual Spirit album. The project was intended to mix some of harder and more abrasive elements of Acid Techno - which I was initially involved in - with the more uplifting and melodic elements of Goa Trance. CHI-A.D.'s music has always been about trying to capture that really good rushing feeling at a great party. It's about the energy behind and within the music. 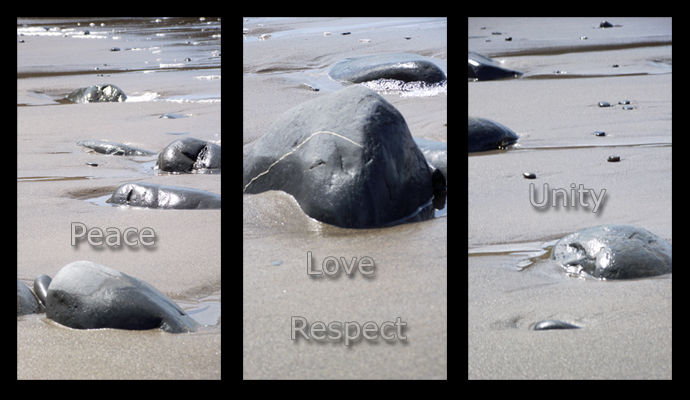